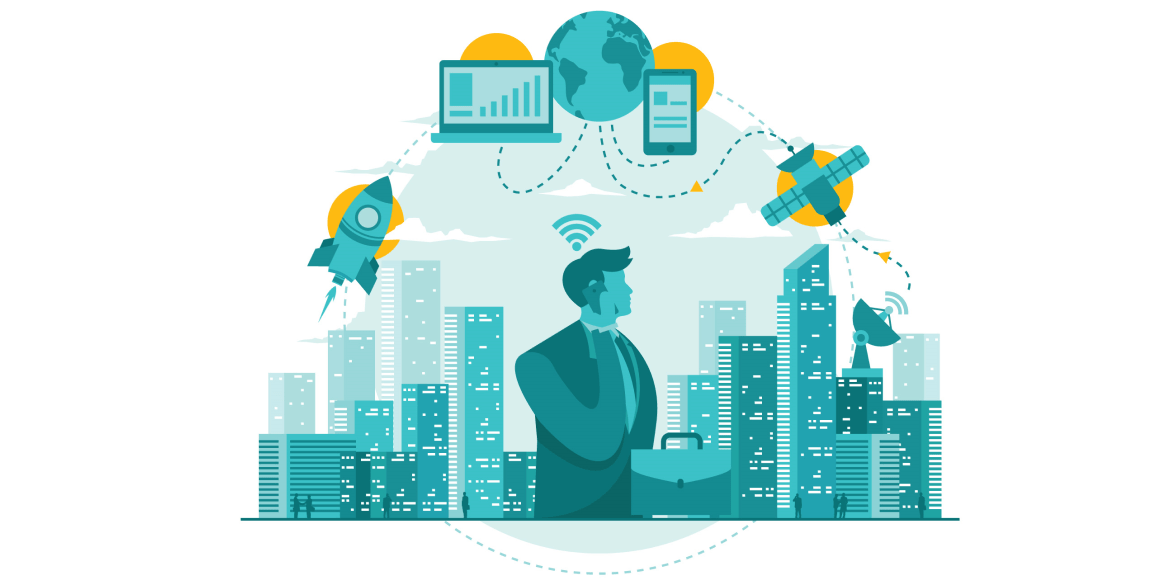 The concept of a Usage Profile was introduced in this post on September 19, 2016. This series of articles will describe eight role-based Usage Profiles plus a Foundational Usage Profile. These profiles cover well over 90% of all employee and contractor roles in the U.S., across all industries. Each Usage Profile article will describe:

Some of these Foundational communication technologies are important to the organization's operations and safety as well as for compliance with regulations in some industries or geographies. Each of the technology categories in the Foundational Usage Profile is described briefly below.

Increasingly, online meetings are being provided from cloud-based services, though some organizations continue to operate their conferencing systems on-premises. This choice is usually due to a cost analysis related to bandwidth, which is driven by the meeting types (see below) and the geographic distribution patterns of meeting participants. Typically, having mostly on-premises users favors an on-premises meeting service, while having mostly off-premises users favors a cloud-based meeting service).

Historically, meeting rooms were supported by specialized conferencing systems equipped with hardware controllers to blend the audio and video media streams and control the in-room audio and video devices. However, the online meeting software described above now provides almost all of those functions when connected to general purpose HDMI video displays and USB cameras and speakerphones. Some high-end applications for the Management Usage Profile or some video-assisted production tasks such as those found in the Healthcare industry still require specialized hardware controllers and proprietary devices.

Meeting room device technologies vary, depending on the type of meetings they serve.

a) Small group meetings, such as in retail locations or branch offices, that are best served by a mid-sized HDMI LED display from vendors of consumer electronics and a small- to mid-sized room camera and speakerphone kit, generally available at a reasonable price. Users connect the room to the online meeting via one of the attendee's computers or via a small dedicated-purpose computer or connection device. Bandwidth to these locations can be metered based on the video screen resolution settings in the online meeting software.

b) Mid-sized group meetings and collaborative rooms or spaces that support meetings in larger regional or headquarters locations. These rooms can be equipped by larger consumer-type HDMI displays (1 or 2 per room), and by the large-sized room camera(s) and speakerphone(s) kits that are generally available. Many of the camera kits support two cameras for optimal viewing and support remote microphones for audio pickup along the length of a conference room table. Bandwidth to these locations is usually not a concern since there are fewer of these large locations and since large locations often already have high-capacity networks. However, if needed, bandwidth to these mid-sized rooms can also be metered based on the video screen resolution settings.

c) Large broadcast spaces for "all-hands" management meetings. Usually, these spaces have a very large display in the largest spaces in a building, such as an auditorium, cafeteria, showroom, or warehouse. These meetings require only one-way audio and video, so that only a very large, high-resolution display is needed, with either amplified speakers or a patch cable into the existing audio sound system of the room. These meetings require the highest video resolution, but sufficient bandwidth will generally be available since employees will not be using the network for voice calls or data access during the meeting. In general, employees would be asked not to join these broadcast meetings from their on-site desk computer. However, it would be acceptable for employees to join a meeting from home or from a remote location, since that bandwidth would be provided by the organization's high-capacity connections to the Internet from the datacenter, or from a cloud online meeting service.

d) Telepresence or similar high-end,"immersive" conferencing will usually occur in the executive suites of a large, multi-location company to support executive meetings; board meetings with remote participants; or communications with executives of peer companies, major customers, or major suppliers. In some cases, these rooms may be supported by a cloud-based service provider for easier connection between locations and companies. The costs for the specialized equipment and the additional bandwidth is justified by executive preference for the immersive experience. However, in some cases, the justification is simply the prestige of executive use.

Online training can be provided in any of the room sizes, but usually will occur in the small or mid-sized group rooms.

Meeting rooms for the Collaboration Usage Profile groups will usually include touch-sensitive white boards so that all participants can contribute to the collaborative work. In some cases, a Collaboration Usage Profile group may have a one or more common workspaces that provides the online meeting capabilities combined with the small-room device configurations and the white board capability.

These tools are provided in the common areas used by employees in the Field, Retail and Production Usage Profiles. Employees in these Usage Profiles do not have an assigned desk for their communications when on-site or when on-shift in their assigned roles. Field sales persons may share a number of generic, communal desks, often referred to as "hot-desks" or "hoteling desks," where the employee can connect a laptop or tablet and, optionally, have an available desk phone.

For the Retail and Production Usage Profiles, a number of phones and computers will be available in a common space, or in a cubicle arrangement for semi-privacy. Employees use these devices to contact Human Resources, Payroll, Training, or other departments. Each station is on-premises, so no additional security is needed, but a log-in will be required for the employee's access to email, portals, document storage, social networks, and similar services.

Many organizations allow or encourage work from home options for their employees. This can be a money-saving option for the company as well as for the employee and is often considered a benefit by the employee when being hired or when choosing to stay with the organization.

With proper planning and with selection of secure communications tools, all necessary communications can be provided over a general purpose Internet connection with sufficient bandwidth (e.g., at least 5 megabits per second for upload and for download). In most cases, the organization will have a standard reimbursement amount for that Internet connection. The employee will use the voice and video over Internet Protocol (VoIP) services for their real-time communications, including online meetings. It is possible to allow employees to log in to these services from their home personal computers, although if the employee primarily works from home, the organization will usually provide a laptop for that employee.

If the communications tools are not secure, or if there are other business applications that are not secure, the work from home setup may require the employee to connect via a virtual private network (VPN) that routes all of the signals and media through an encrypted 'tunnel' between the home and the organization's datacenter Internet connection point. In most cases, this will not hamper the communications functions, though a few unified communications products have difficulty with VPN connections. Be sure to check this as a purchase criterion.

If the organization has adopted a virtual desktop infrastructure (VDI) to minimize the computing footprint for on an employee's device, it will be important to confirm that the VDI system can encode and decode any real-time voice or video media between the datacenter and the VDI appliance at the employee's home location. If this is not assured, the real-time communications will use significantly more bandwidth, especially for video communications. This article does not address the details, which can vary widely between VDI vendors, but if VDI must be used, be careful when doing work from home planning for Usage Profile communications.

All organizations should carefully review the common communications technologies that are needed for safety (door alarms, video monitoring, security kiosks, connections for alarm systems of many types, etc.) and that are needed for notification to first-responding agencies via calls to "911." These topics are extensively addressed by industry literature, so are only listed here rather than explained in any detail.

Most organizations provide general purpose telephones for common areas such as lobbies, hallways, breakrooms, parking lots, and elevators, as well as kiosks in public areas or receptionist areas. In some cases, these devices are special purpose, such as spark-free in some production areas or weather proof for building entrances, parking lots, etc.

In the past, these common area devices have been primarily analog phones, connecting with an RJ-11 jack. Most organizations are now moving to low cost, single line VoIP phones for this purpose, or are considering supporting the analog phones from analog adaptor modules on their Internet gateways. In either case, seek the lowest cost for these devices and for any related software licensing, especially avoiding the use of high-feature PBX licenses and license maintenance agreements.

Receptionist consoles are also considered to be a common area communication capability. In the past, these were special purpose devices dedicated to the PBX vendor's system. Now, best practices are to support the receptionist console with a software package independent of any PBX brand, which uses the organization's master directory, and which can interoperate with multiple PBXs and with the IM and Presence system(s) used by the organization.

Devices such as alarms, temperature monitors, fax machines, and interfaces to other communication systems such as radios used by first responders, guards, or facilities staff have historically used analog telephone lines for connections and communications. Now, in the era of the Internet of Things (IoT), many of these devices are being connected via Internet Protocols on a standard RJ-45 or Wi-Fi network address.

It will be important to check whether the communications system needs to continue to support these types of devices. If so, consider setting a standard that new devices can be attached via Internet Protocols. That standard can result in the decommissioning of almost all of these analog devices within about a five-year period, with only a small cost at the end to migrate the remaining analog devices.

The Foundational Usage Profile is a guide for deployment or evolution of the shared communications technologies that are not specific to any of the 8 Usage Profiles for employees.

Also on UCStrategies.com in this series: