What's Next after AIM PIC Federation is Gone?

In 2007, AOL introduced a SIP Gateway for Public IM Connectivity (PIC) federation between AIM, IBM Sametime and Microsoft OCS 2007. Before being acquired by Cisco, WebEx Connect also offered AIM chat using the same gateway. This allowed companies to use the AIM service as a way to establish federation between their Microsoft OCS 2007 or IBM Sametime systems to Cisco WebEx.

As of the end of June 2014, most businesses with IBM Sametime or Microsoft Lync were using the AIM service as a way to enable real-time communication between their IT organization and Cisco, who functioned as their networking provider. 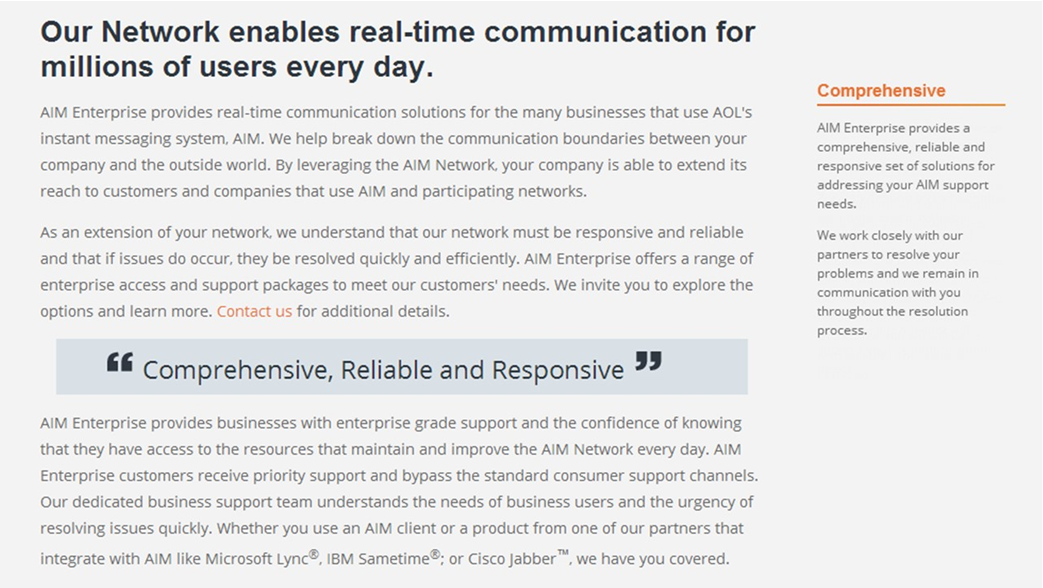 In keeping with the move down this path, AOL indicated to Microsoft Lync users that:

"AOL is pleased to offer Microsoft Lync customers the opportunity to continue their current federation with AIM and establish new federations if needed. For the first time, we are enabling companies with the ability to establish a direct relationship with AOL to provision and manage their connectivity to the AIM network. This will also allow you to have direct and immediate access to AIM technical support engineers who can quickly identify and resolve any AIM-related issues, thus making the transition to AOL is seamless with no disruption to your company and users."

As of June 30, AOL halted PIC federation with Microsoft as planned last year. However, things have changed at AOL over the last year. In an April Fox Business interview, AOL CEO Tim Armstrong talked about the "laser focus" of the company being on "video, mobile, and consumer traffic," and when the AOL brands are displayed, AIM and enterprise are not even shown. In fact, it is becoming increasingly unclear whether AOL is going to continue to focus on investing in enterprise-level federation exchange/services. With AOL needing to compete with Google, Facebook, and Yahoo in a highly competitive Internet content and advertising space, the ability to compete in the orthogonal enterprise market is unclear. 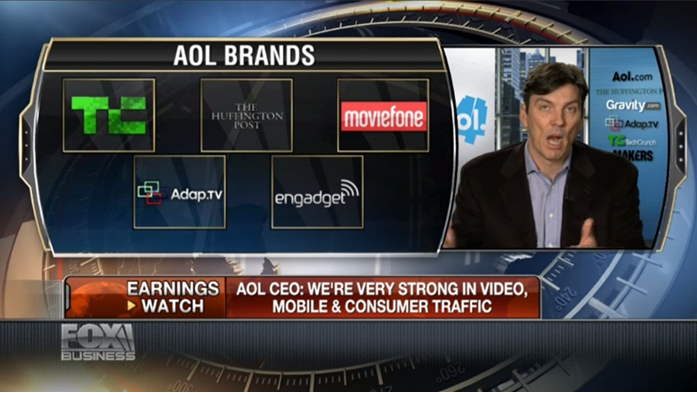 The investment community sees AIM and other subscription businesses like dial-up as the "old AOL," rather than the new content and advertising company that AOL is heralding. As a result, companies contacting AOL to enable new AIM Enterprise services are reportedly not getting responses and there are reports that large numbers of the AIM development staff have departed. All of this has led to a potential quandary for organizations that find themselves in a position to maintain their federation ability that has previously been based on AIM and connections to Cisco and partners on Cisco WebEx environment.

The NextPlane UC Exchange service enables end users on Microsoft or IBM to seamlessly and securely share presence, exchange instant messages, and participate in multi-user chat sessions with each other and with Cisco users across devices or locations. For organizations that are finding that the AIM service may not meet their needs or are concerned about availability going forward, NextPlane UC Exchange may be just the answer.

This paper is sponsored by NextPlane.