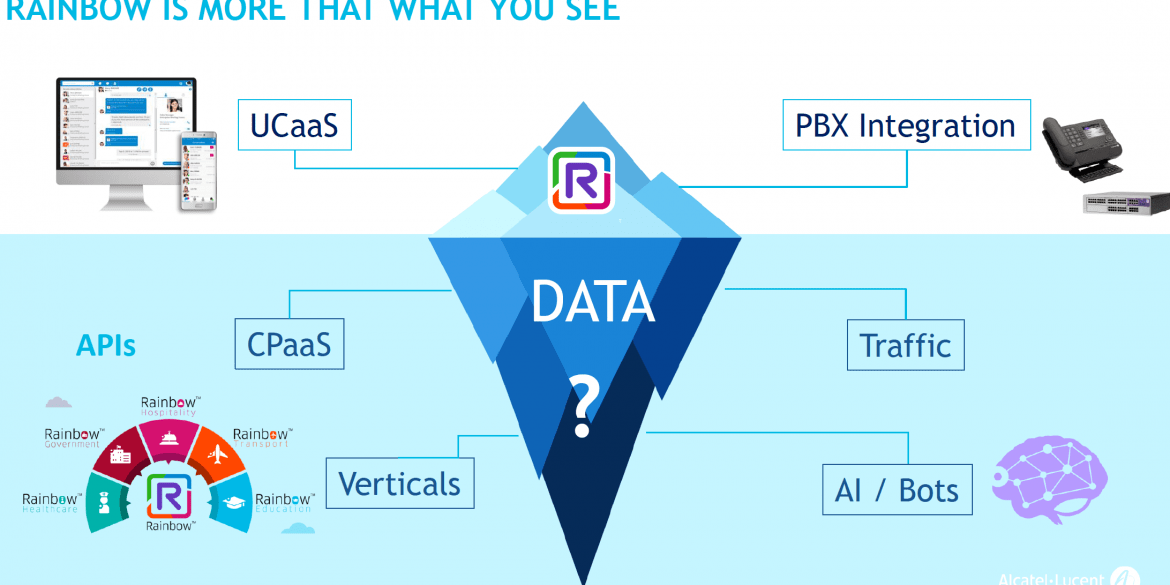 Sometimes analysts have a really tough job, yet some how we manage to persevere. Recently Alcatel Lucent Enterprise (ALE) celebrated its 100th anniversary and held its analyst conference in the principality of Monaco, home to the Monte Carlo casino, the royal palace, and lots of really, really expensive cars. Among the glitz and glamor, ALE presented its strategy and roadmap to around 40 communications and networking analysts, while providing us with an update about their successes to date.

The company’s key focus areas are around several areas:

Much of the discussion focused on the cloud (of course), as well as ALE’s focus on five key verticals. ALE’s cloud strategy is different from most other vendors, with a couple exceptions, as the company has a large installed base of premises-based customers that want to retain and leverage their equipment while slowly migrating to the cloud. With 45 million users, ALE needs to ensure a migration path to the cloud that will work with its customers’ timelines and goals. ALE introduced “Rainbow” several years ago as a way to provide overlay cloud services on existing solutions to let the customer keep their investment. In the past couple of years Rainbow has become both a UCaaS and CPaaS offering, focusing on a hybrid deployment approach. 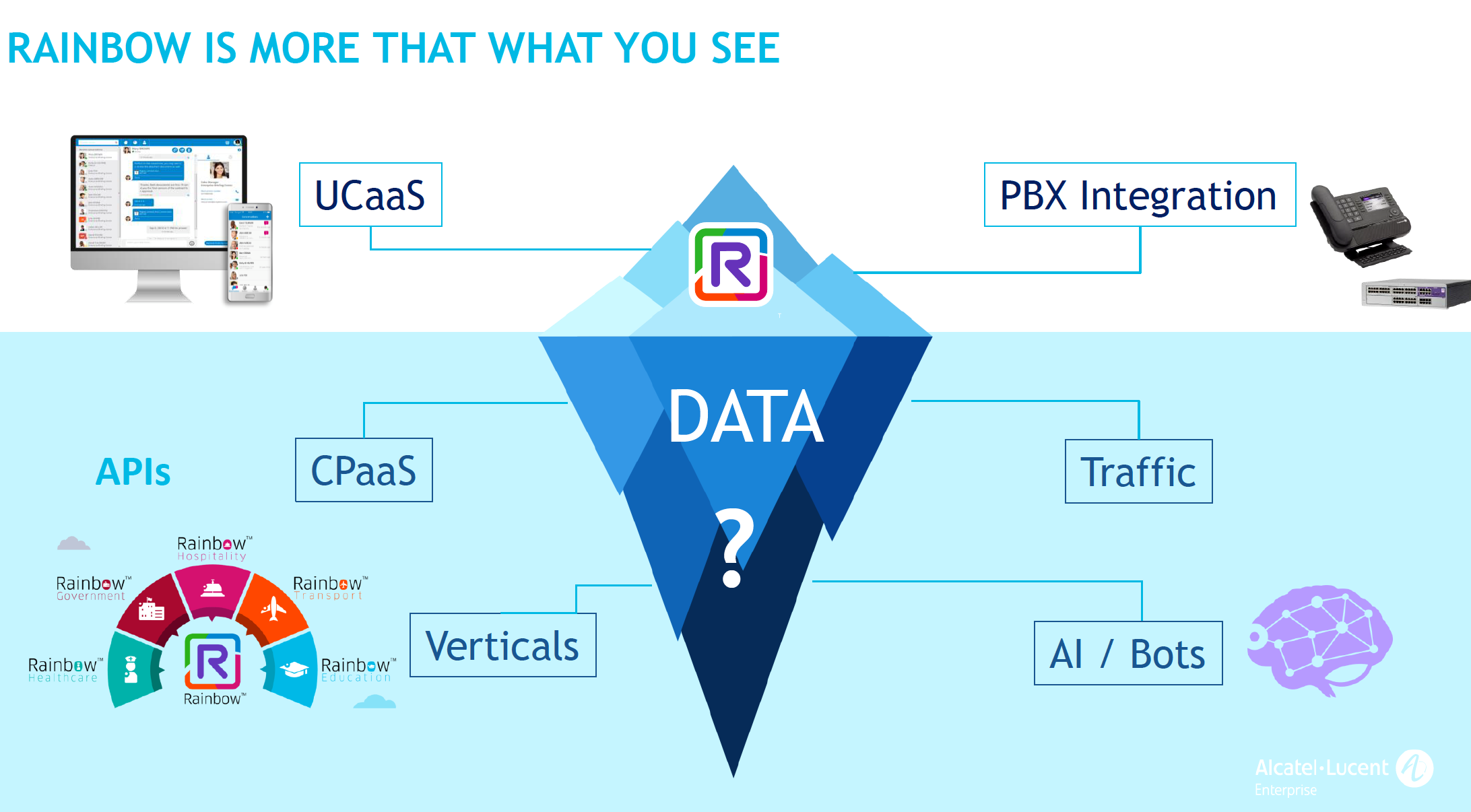 In addition to Rainbow, ALE has a range of cloud offers, including a service offering for carriers, SMBs, and enterprises. Its private cloud offering, the OpenTouch Enterprise Cloud (OTEC), has been available for a while and continues to grow. 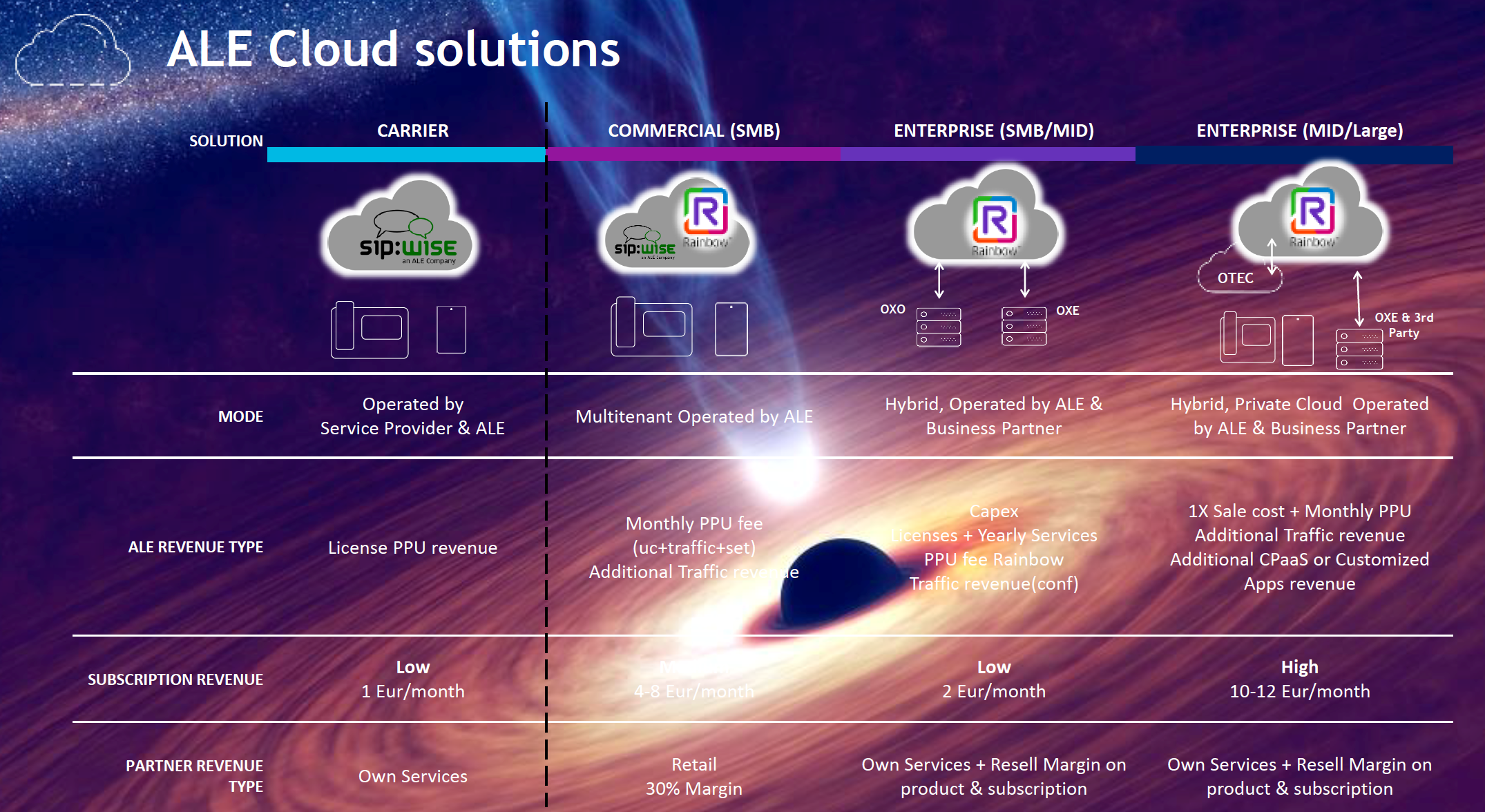 Another key theme was around partnerships and ALE’s ecosystem of partners. We heard from IBM, Orange Business, Nextira One, KPN, Dimension Data, PGi, The Colossal Factory, and others. Working with PGi, ALE offers Rainbow Enterprise Conferencing. Orange Business offers Rainbow as part of Orange’s packaged offerings for SMEs and is “Co-innovating with ALE and customers to improve customer use cases.”

Here are some of my main takeaways from the event:

Range of Products and Offerings

During the ALE analyst conference, I spoke with Matthieu Destot, COO, about the key messages of the event. He discussed ALE’s vertical focus, cloud and cloud offerings for partners, and the various deployment models for customers.

With its long history in the industry, ALE has a range of communications and networking offerings. It has a large installed based on premises-based products, including OmniPCX Enterprise (OXE), OmniPCX Office (OXO), and the OpenTouch client.

In this video, Nicolas Brunel, EVP Communications Business, discusses ALE’s various communications products and platforms, including OpenTouch, OXE, and OXO, as well as Rainbow and Rainbow Voice cloud services. He also discusses CPaaS and ALE’s Rainbow API Hub and how customers and developers can use ALE’s APIs for developing applications.

To get into more detail about Rainbow and ALE’s cloud offerings, I spoke with Moussa Zaghdoud, VP Cloud Business. In this video, he discusses Rainbow and how it provides a hybrid solution and connectivity to existing phone systems. He also describes Rainbow Voice and how Rainbow can provide an end-to-end cloud solution for customers. Zaghdoud also discusses Rainbow CPaaS, and the strong growth in the number of developers using ALE’s APIs to build applications and solutions on top of Rainbow to solve specific customer problems.

As mentioned, partners are also key to ALE’s strategy. In addition to working with IBM, ALE has significant relationships with Dimension Data, Orange, and others. Olivier Menez, Product Marketing at Orange Business Services noted, “We have more than 32 years of partnership with ALE, and Orange is using advanced communication services such as Rainbow to co-innovate with our customers.”

Nemo Verbiest, VP Digital Workplace at Dimension Data, described the company’s digital workplace strategy and what the company is doing to innovate. He explained that ALE’s vertical approach and cloud focus is a good fit with Dimension Data, and the companies are both focused on outcome-based digital collaboration in order to ensure adoption.

To expand on ALE’s approach to AI and partnerships, I spoke with David Thépot, Business Development Director Verticals & Partnerships. In this video, Thépot discusses ALE’s AI strategy and relationship with IBM, as well as other partners such as PGi.

ALE has more challenges than some of its competitors as it needs to walk a tightrope between innovation and nurturing its installed base. Rainbow is a great example of how ALE is helping to bridge two worlds. While the company has always been a leader in innovation, it seems to have fallen behind a bit lately. It will be interesting to see how the company advances in areas such as IoT and AI and if it can differentiate itself in these areas.

Having a large installed base is both a blessing and curse for ALE, as it needs to continue serving the needs of these customers while moving into the next phases of digital transformation and the cloud economy.

If ALE can find the right balance and continue to innovate and provide value in areas such as IoT, AI, and CPaaS, while offering a path to the future for its installed base, then the company has a bright future. It will be tricky, however, as new competitors can move more quickly and introduce innovative solutions without worrying about a legacy installed base. ALE’s focus on CPaaS and vertical industries will certainly help. It will be interesting to see how ALE fares in its next 100 years.

Alcatel-Lucent Enterprise and Connex19 – Mapping Out the Next 100 Years