At its analyst event in Cape Town, South Africa, Dimension Data shared information about its progress to date, and where the company is headed. With the famed Table Mountain in the background, we heard several key themes throughout the two days – a focus on business outcomes, managed services, and digital transformation.

Dimension Data operates in 153 cities in 49 countries, serving over 6,000 clients, including 75% of the Fortune 100. The company claims to be “the leading, end to end, hybrid IT management company, across both infrastructure and applications, helping our clients to transform to digital enterprises through the use and adoption of technology.”

As a system integrator, Dimension Data works with a variety of products and vendors, with the key vendors being Microsoft and Cisco, as well as Avaya, Genesys, and others. However, rather than focusing on its vendor partners, Dimension Data discussed its solutions and platform, and how it brings solutions together to provide outcome-based services. The company is focused on being an outcome-based, services led, platform delivered, client centric organization. Another focus is hybrid IT, which is enabled through the services layer and decouples the workloads from the underlying infrastructure.

Services is a big part of the company’s offerings, including consulting services, technical and support services, and managed services. With its managed services offerings, Dimension Data “takes over your day-to-day operations to enhance your IT and business functions, and enable IT agility and scalability through our platforms.”

During the event, I had the opportunity to speak with Joe Manuele, Group Executive, Customer Experience & Collaboration. In this video interview, Joe discusses some of the key take-aways from the event, as well as the role of managed services, and Dimension Data’s new Customer Experience Benchmarking Report. He notes that based on the report findings, the number of channels customers are using has risen to nine, but there’s still a lack of connection or integration between the channels. Some of the analysts got a sneak peak at the new report while visiting and getting a tour of Merchants, a customer management outsourcing provider that Dimension Data acquired in 1997, the year Merchants began doing the benchmarking study.

One of the most impressive things about Dimension Data is its commitment to helping the community. As a South African company, Dimension Data has been involved in efforts to reduce rhino poaching and create a safe haven for the rhino population at a private game park adjacent to Kruger National Park, and has been working with Cisco for Connected Conservation. The rhino population in South Africa, which is home to 70% of the world’s rhinos, has been drastically reduced due to poaching, and the number of deaths will exceed the number of births by 2018, meaning the population will become extinct in a short number of years.

Dimension Data and Cisco have teamed up and deployed a range of technology at the game park to monitor and track individuals from the time they enter the reserve gates, until they exit. The Connected Conservation project is an example of the Internet of Things, and uses sensors, videos, cameras, thermal imaging, wifi hotspots, and of course an intelligent network and data analytics, to create a highly secure Reserve Area Network (RAN). The results so far have been extremely impressive, and the companies hope to use the technology to save other endangered animals in various geographies. 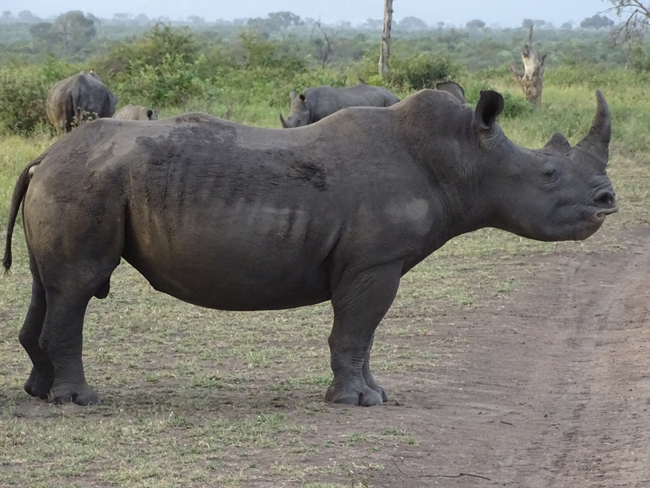 A rhino from my visit to Kruger National Park, March 2017

Another way in which Dimension Data is helping the local community is through its support of Qhubeka, which “believes that mobilizing people with bicycles can change lives through creating access to education, healthcare and economic opportunity.” Qhubeka provides bicycles to underprivileged youths in work-to-earn programs so they no longer have to walk over 60 minutes each way per day to get to school, which impacts their ability to concentrate and learn. By being able to ride a bike to school, the amount of tardiness and absenteeism is reduced, and the students have more time to study, work, and help their communities. At the analyst event, Dimension Data announced that for each analyst attendee, they were donating a bike to help mobilize change. That made my heart soar! 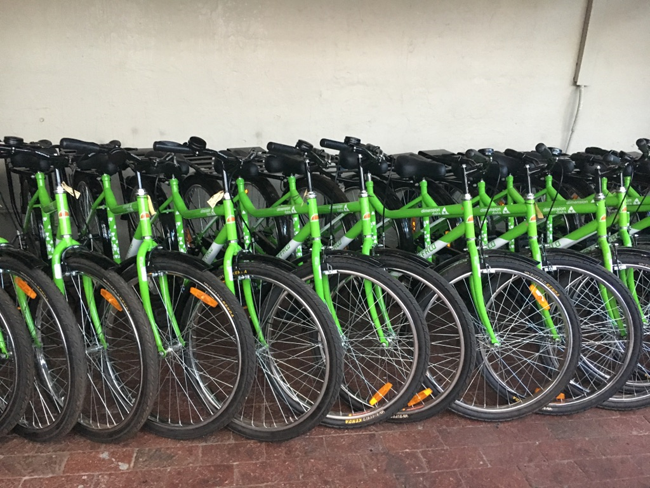 Dimension Data sponsors a professional cycling team, Team Dimension Data for Qhubeka, a World Tour cycling team based in South Africa, and the first African team to compete in the Tour de France. The team notes that “Qhubeka isn’t an afterthought, it is the reason we clip in and ride, the incentive to go out and train, and our motivation to win races.” The team’s mission is to fund 5,000 bicycles for people through Qhubeka, which it does through a variety of fundraising efforts (#Bicycleschangelives).

During the analyst event, I met with Doug Ryder, Team Principal for Team Dimension Data for Qhubeka. Ryder is passionate about the team and Qhubeka, as you can see in this interview. He also discusses how Dimension Data technology was used in the Tour de France and how it helps improve the fan experience.

Aside from being in beautiful Cape Town and visiting its beaches, wineries, and exploring the natural beauty of South Africa, I got to learn about a sad part of our world’s history, while meeting some amazing people. I also learned about how Dimension Data is helping enterprises achieve business outcomes and transform their businesses. Most of all, I learned about how companies like Dimension Data can use their technology and resources to help impoverished communities and endangered species.

Dave Silke on the Future of Mitel

Experience as a Service