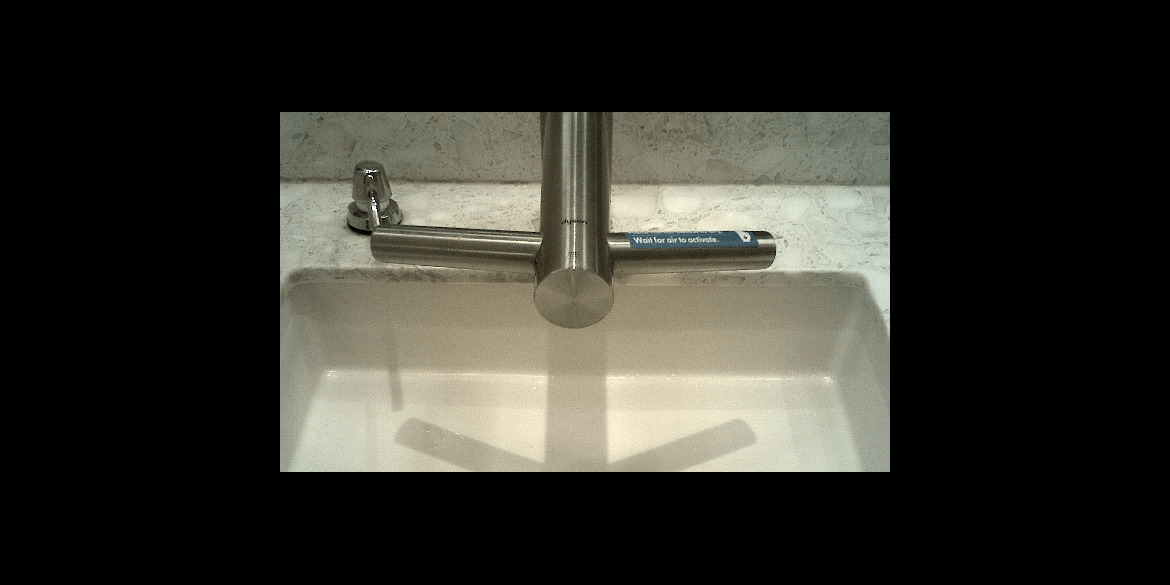 Another month, another conference. Having been to several over the past few months, it’s clear that every company has a different take on UC&C, and as UC Experts, we try to convey that here for our readers. After all, if you’re moving along the buyer’s journey for UC&C, it’s important to understand not just the technology and solutions on offer, but also how each vendor is approaching the problem set.

Genband represents a good case in point, even if their customer base is service providers rather than enterprises. They still rely on channels, so they face the same go-to-market challenges around conveying a value proposition; and ultimately, they serve the same end customers as all the vendors selling to enterprises.

Having attended a few Perspectives events, I can say that Genband has a distinct way of framing the problem set, and more than ever, this year’s rendition marks a clear shift away from their core business, something we’ve seen from other vendors as they pivot to the cloud. While much this seems inevitable and even out of necessity, the long-term viability of these new business models remains to be seen – and if you don’t believe me, just ask how things worked out for Interactive Intelligence.

On that note, I’ve got three takeaways from Perspectives17 that for me, sum up where they’re going and what you need to know about Genband as your UC&C journey unfolds.

Takeaway #1 - Disrupt or be Disrupted

Fear can be a great motivator for change, especially if the threats are real. CEO David Walsh used this as the theme for his presentation – and to drive adoption of Kandy – and it’s hard to argue against his position. He provided examples across many industries, where the impact of digital technology has been the same – the status quo being disrupted and displaced by upstarts that often don’t own assets or make anything. The list of winners is painfully familiar – Amazon, Netflix, Uber, Tesla, Airbnb, Spotify, etc. – with the common thread being their ability to collect and leverage customer information in powerful ways to redefine value in the digital age.

Clearly, service providers are facing the same risks, and it’s getting harder to justify maintaining network infrastructure as cloud-based OTT competitors continue growing at their expense. Aside from the usual suspects, it wouldn’t take much for Amazon or Google to become a carrier’s worst nightmare, and closer to home, BroadSoft is the arms dealer enabling many of their competitors.

To stoke the winds of change, he talked about the “digital graveyard” where the losers end up, along with those who get to the other side of the chasm, often winning big. As such, his view is that service providers must decide if they want to “be disrupted or to be the disruptors,” and if they want the latter, picking the right partner will be crucial. In that regard, CEO Walsh did a nice job explaining how Genband has chosen the disruptor path, which brings us to Kandy and their hyper-focus on CPaaS.

He sharpened that focus by talking about their leading-edge ecosystem of partners that live and breath digital transformation. Notable examples included Braidio, Fabl, Immmr and Tilofy, all of which were new to me. Turns out they’re pretty interesting companies, so kudos to Genband for walking the walk to reinvent the business to where the puck is going. If I wanted to avoid being disrupted, this is what I’d be looking for in a technology partner. Turning that water into wine is another story, however, and it’s still early to tell how willing and/or able carriers are in leveraging Kandy to cross the digital chasm and follow Genband’s lead. Regardless, this new world is coming, and if Genband’s customers don’t get that message, everyone at Perspectives will be in trouble – except us analysts, of course! 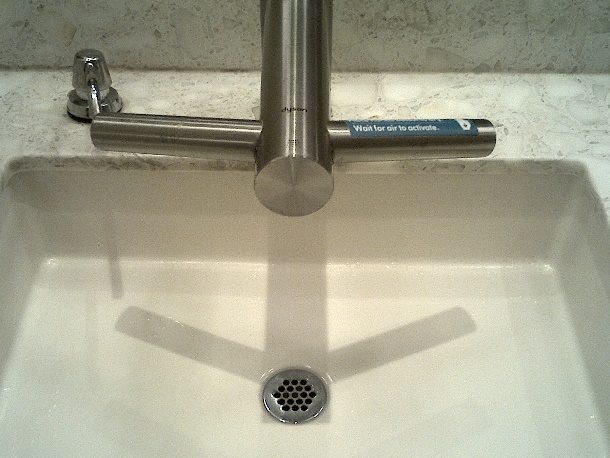 If you follow my work, you’ll know I often make obtuse references – it’s my creative nature – so just bear with me. Some readers will recognize what this photo is, but otherwise, let me explain. As a matter of course, I don’t take pictures in washrooms, but after hearing references in the sessions to combining CPaaS and UCaaS, this was a no-brainer once I saw it. The ever-inventive folks at Dyson have come up with a combined water faucet and hand dryer, all in one tap.

Very cool – an end-to-end solution, so to speak, where you do all your business in one location. Slide your hands under the central faucet for washing, then slide out to both sides and then the dryer blasts away. Not only is this more efficient in terms of “workflow,” but the water blown off your hands ends up harmlessly in the sink – where it belongs – rather than spraying randomly down to the slippery floor below the hand dryer. Now that’s good engineering, combined with sleek Apple-like design to boot. Believe me, washroom attendants couldn’t be happier.

This may not be exactly what Genband is striving for – I wonder if anybody else made this connection at the hotel after visiting the washroom – but to help drive David’s go-digital-or-die mantra, the thinking is comparable for building up Kandy’s value into being a savior for carriers. We really didn’t get a concrete sense from the sessions as to how transformative Kandy is on its own with customers, but to make it more promising, Genband is pairing it with UCaaS. This better-together idea is certainly gaining traction in the contact center, and we heard similar messaging at Perspectives17.

Genband isn’t well-known as a UCaaS player, mainly because they sell to carriers, but they have it, so why not build on it with Kandy? In fact, Nuvia is the namesake, but now appears to be branded as KBS – Kandy Business Services – although that wasn’t clearly articulated. However, with this model, carriers can drive richer communications for contact center agents – UCaaS – and with Kandy, they can deploy custom, context-based applications to enable richer customer engagement – CPaaS.

Twilio was often cited as another threat to carriers – rightly so – and this better-together approach was positioned as a way for each carrier to differentiate and become its own Twilio. That’s an attractive product promise, since carriers can leverage turnkey WebRTC applications – Kandy Wrappers – to embed real time communications into customer-facing interactions, without having to develop them in-house. Furthermore, via their recent partnership with Five9, Kandy can drive intelligent call routing, and help agents follow the customer journey. That’s all good, but the UCaaS side of the equation wasn’t really explained so much, and we didn’t hear about UC applications in the conventional sense, so it’s hard to gauge just how strong this value proposition really is – or more importantly, how well it resonates with carriers.

The tools are certainly there for carriers to compete more effectively with this combined approach, but much of the onus really does fall on them to carry it through. That said, there were indications throughout the conference that carriers are not moving to cross the digital chasm with enough sense of urgency – hence the tone of David Walsh’s presentation – so in that context, perhaps better-together sounds more compelling than just trying to be competitive with CPaaS alone.

As a cautionary note, we also heard that carriers aren’t great at innovation – fair statement – and the idea of SDKs and open APIs being their salvation may not be doing it for them yet. To support that sentiment, in various hallway conversations with carriers, it was surprising to hear how prevalent legacy switches still are in their networks. In this context, carrier inertia around CPaaS and even moving to NFV/SDN is easy to understand.

I’ll keep this last one short, as it builds on the above takeaways. Throughout the conference, Genband’s messaging was very Kandy-centric, and if you didn’t know any better, you’d think it was their core business. There was no dedicated content for analysts, and nor were there any presentations about overall performance or product roadmaps. We don’t know how much revenue Kandy is generating, but it’s likely modest compared to their bread and butter business of gateways and SBCs. They’re making a strong push to NFV/SDN, so the move is very much on for a cloud-based portfolio, but Genband is hardly alone among vendors built around legacy hardware trying to make the transition.

Of course, with Sonus being in a quiet period, they weren’t able to convey a vision for how these product lines will evolve. To be fair, the Investor Update on Sonus’s website provides useful detail about their lines of business, but none of this was on tap during the conference. It’s not a stretch to say these revenues are in decline, and with so much attention being devoted to Kandy, I have to wonder if there’s no smoke, is there also no fire? Could this be a deflection strategy for not looking at Genband’s overall state of health, especially compared against BroadSoft’s continued momentum? We certainly didn’t hear about that, and a cynic might say the “Live It Up” party theme in LA is an ominous sign.

Related to that, another strong message to carriers – which I’ve heard at their earlier events – was “protect what you have,” stressing the need to innovate with new services to protect against OTT competitors. While sound, it’s a defensive strategy that overlooks the other path to growth – customer acquisition – and perhaps that’s asking too much from carriers for whom competition is relatively new. If that’s the customer base Genband is trying to enable, it’s hard to see how Kandy can deliver on the exciting promise of crossing the digital chasm. Don’t get me wrong – I totally agree with the “big winners” happy ending, and Genband has a lot to offer – I just think carriers needed to hear a more complete story for how Genband is going to get them there.

At the GENBAND Perspective 2017 event in Los Angeles, Blair Pleasant sat down with Sacha Gera, Senior