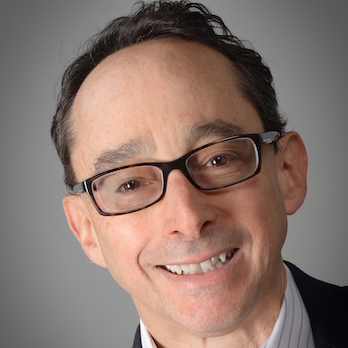 He has been consulting in many of these areas since 2001, starting as an analyst at Frost & Sullivan, and his independent practice was founded in 2005. JAA is based in Toronto, Ontario, and serves clients across North America as well as in Europe.

Jon’s thought leadership can be followed on his widely read JAA’s Analyst Blog, along with daily commentary on Twitter and LinkedIn. In addition, Jon produces a monthly podcast - Watch This Space – which is a regular feature in his monthly newsletter, JAA’s Communications and Collaboration Review.

His thought leadership is also regularly published across the communications industry, including BCStrategies, Ziff Davis B2B, TechTarget and No Jitter. Additionally, Jon is a BC Expert with BCStrategies, a long-serving Council Member with the Gerson Lehrman Group, speaks regularly at industry events and accepts public speaking invitations.

He is frequently cited in both the trade press and mainstream business press, serves as an Advisor to emerging technology/telecom companies, and is a member of the U.S.-based SCTC. In 2019, he has served as a judge both the Voice Summit 2019 Awards, and has been a Best in Biz Awards International judge since 2016. Also in 2019, Jon was named a “Top 50 Unified Comms Influencer," and a “Top 30 Contact Center Influencer."

In 2018, Jon was included in a listing of “Top 10 Telecoms Influencers," and “TOP VoIP Bloggers to Follow." Previously, in both March 2017 and January 2016, Jon was cited among the Top Analysts Covering the Contact Center Industry. Also in 2017, Jon was cited as a Top 10 Telecom Expert, and Six Business Communications Thought Leaders to Follow. For JAA’s blog, it was recognized as a Top Tech Blog in 2016 and 2015, and has had other similar accolades going back to 2008.

Jon attended three more industry conferences during November. In this podcast with co-host Chris Fine, they explore the future of work implications – and there are many. Being the December episode...

Industry conferences were in full swing last month, and the topics in this title provide a sense of what BCStrategies' Jon Arnold and co-host Chris Fine talked about in this episode. October...

The hybrid work pendulum continues swinging back and forth. In this episode BCStrategies' Jon Arnold and co-host Chris Fine look at quiet firing. They also examine new drivers for evolving...

Watch This Space Podcast: Crashing Tech Stocks and Quiet Quitting - is There a Connection?

Quiet quitting has become the nom du jour in hybrid work circles, and in this episode, we examine the implications, as well as if there might be a connection to what’s behind the drastic falloff...

Watch This Space Podcast: EY Work Reimagined Study - Getting Employees and Employers on the Same Page

A new study from Ernst & Young reveal some worrisome disconnects between employees and employers, which Jon Arnold and Chris Fine explore in this episode, along with what enterprises should be...

Having just returned from the Future of Work Expo in Ft. Lauderdale, BCStrategies' Jon Arnold recaps the key themes, and co-host Chris Fine adds his perspective as to why hybrid work is harder to...

Watch This Space Podcast: The Metaverse, Innovation and Invention - Thinking Bigger About Future of Work

What started as an exploration of the continued challenges faced by businesses to get workers back to the office, veered into the unchartered waters of the metaverse for BCStrategies' Jon Arnold...

CCaaS and UCaaS: Better Together?

In this Industry Buzz podcast, the BCStrategies Experts convene to discuss the integration of unified communications and contact center, the value it provides and the challenges it presents. ...

With in-person conferences back in full swing now, BCStrategies' Jon Arnold and Chris Fine had some follow-on takes on Enterprise Connect, along with perspectives from the Channel Partners Expo...

The title says it all, and with Spring and baseball around the corner, the timing was great for Enterprise Connect 2022. This is the most important event in the communications technology space,...

In this Industry Buzz podcast, the BCStrategies Experts discuss Enterprise Connect 2022, held March 21-24 in Orlando and virtually. In part 2, ...