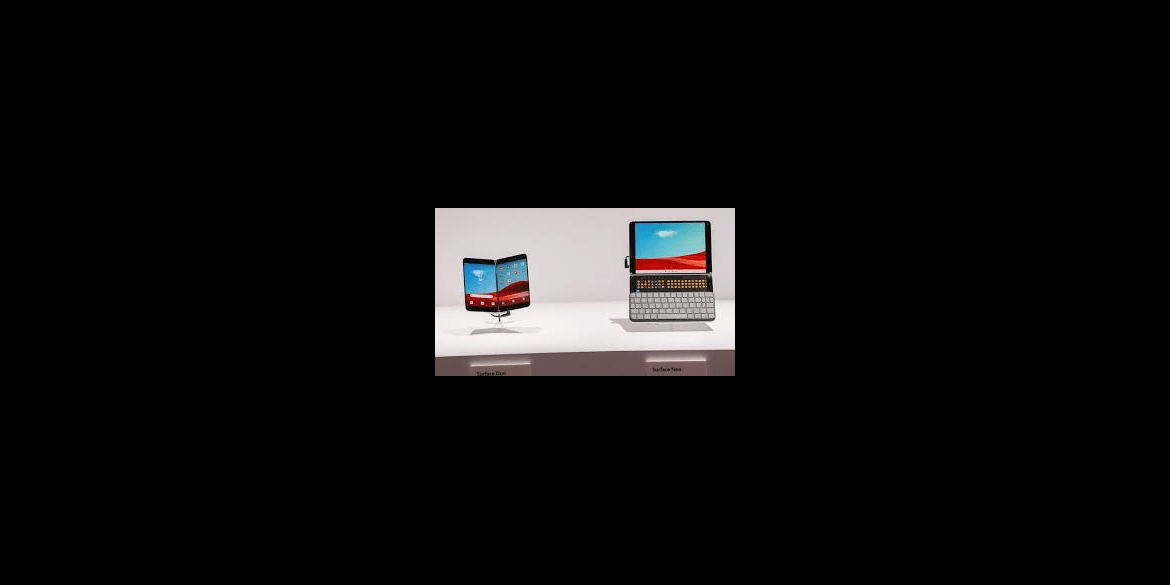 Microsoft Re-enters The Smartphone Market With An Eye On Teams

In a veritable bombshell last week, Microsoft announced it will be re-entering the smartphone market late in 2020 with an Android-based smartphone called the Surface Duo. The news came as part of a general announcement on the Surface product line, the details of which can be found here.

The Duo was one of two dual-screen devices Microsoft introduced last week, carrying the Surface brand name. The other was the Surface Neo, a larger dual-screen device running a new version of Windows 10. No prices or technical specs were released, but both devices are planned for release in the 2020 holiday season. 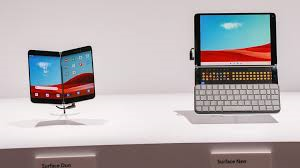 Overall hardware represents a relatively small segment of Microsoft's business, contributing less than 5% of total revenues, but that’s up 19% year-over-year. Microsoft’s big introduction to the hardware business came with the Surface in 2012, and the company has consistently come up with innovative product configurations. The company’s original vision for Surface according to Panos Panay, Microsoft’s chief product officer, was to “remove conflict between the tablet and the laptop,” and what they produced was a touchscreen laptop. That idea has since been copied by other laptop manufacturers, though Apple has yet to deliver a touch screen Mac Book. With the exception of the X-Box, the focus for Microsoft hardware products seems to be centered on enterprise users.

This innovation carries forward with the dual-screen design of the Neo and Duo that allows multiple applications to run simultaneously, so users avoid the annoyance of switching between applications.

Creative reconfigurability is a theme that has characterized the Surface, and it can best be seen in the Windows-based Neo. The Neo features a magnetic Bluetooth keyboard that can flip up to cover part of one screen, leaving part of the screen surface exposed to provide a trackpad and what Microsoft calls the Wonderbar. 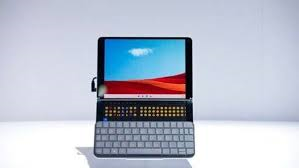 It’s important to note that for its design, Microsoft opted for dual screens connected with mechanical hinges rather than a foldable screen that has proved problematic for Samsung. The 360-degree hinges appear quite sturdy and allow the devices to be configured in a variety of postures so it can be used like a laptop, a tablet, and in the Duo’s case, like a smartphone.

Microsoft will look to software to make the two screens act as one. For the Neo, Microsoft is introducing a new version of Windows 10 called Windows 10X that will essentially allow multitasking between different apps running on the two screens. Users could do things like viewing a Teams videoconference on one screen while following the PowerPoints on the other or clicking a link in an email on one screen and having the web page open on the adjacent screen.

What makes the announcements somewhat befuddling is that Microsoft announced two devices of different sizes with the same general overall appearance but the two are different in many important ways. On the size front, the Surface Neo features dual 9-inch screens and the Surface Duo smartphone has dual 5.6-inch screens.

The bigger differentiator, however, is the operating system: Neo runs Windows 10X on an Intel processor while Duo will run some version of Android (allowing access to the Google Play library) using a Qualcomm Snapdragon processor typical of smartphones. The Duo will also have innate cellular voice capability, and given the timeframe, it will likely be 5G compatible.

The key functionality Microsoft is pitching here is making the two screens work together to deliver a user experience that’s better than having just one big screen. They appear to have that challenge in hand with the Neo where they control the operating system, but they will need to emulate that functionality precisely on the Duo.

The way the dual-screen capability was demonstrated on the Neo was almost magical, but Microsoft must now replicate that experience on a different platform. While no one wants to mention it, if Microsoft fails at producing a Duo that delivers a different user experience, they risk winding up with two similar-looking devices that operate differently and could leave Microsoft with much egg on its face.

The Windows 10X and Android implementations must deliver the operating system capabilities needed on all of the apps they run, which means that they too must be modified to take advantage of the new environment.

Microsoft already has iOS and Android versions of its core productivity apps, including Teams, but those will have to be modified to take advantage of these new capabilities. But, Microsoft must also convince its independent developers to do the same. It’s unclear whether apps that aren’t modified will have any advantage on the new dual-screen devices.

Is Microsoft Really Back in The Mobile Device Market?

No matter what it does, Microsoft’s re-entry into the smartphone space will likely have no meaningful impact on the much larger consumer smartphone market. The focus appears to be on providing more functional mobile devices for enterprise users.

While the consumer market is effectively off the table, Microsoft does recognize that hardware is a key component in the enterprise user experience. By providing sturdy devices targeted at enterprise needs, it can further cement its position as the key supplier of productivity tools for the enterprise. The big question will be acceptance and use of these devices outside of IT departments, where Microsoft typically finds its most ardent supporters.

Microsoft still hasn’t thought through the whole process of how users would interact with the Duo. For one, the prototype Duo Microsoft demonstrated lack a rear-facing camera. From an enterprise perspective, we don’t see cameras topping the enterprise requirements list. More problematic. Microsoft’s video on the Duo shows users would have to physically open the Duo to answer a call. I presume you could answer with a headset, but unless they’re listening to music, most users don’t routinely wear one.

The key for Microsoft will be whether business users see the Duo as good enough for their routine business tasks and whether it helps enhance productivity. Maybe, the scenario is users choose the Duo as their company-provided phone and then buy their own personal iPhone. That means we’re back to the two-phone arrangement, but there is a segment of the population who still want a separate “business” phone. However, if a user wants one phone, I doubt they’re picking a Duo.

Requesting Your Input and Insights on UCC End-User Adoption