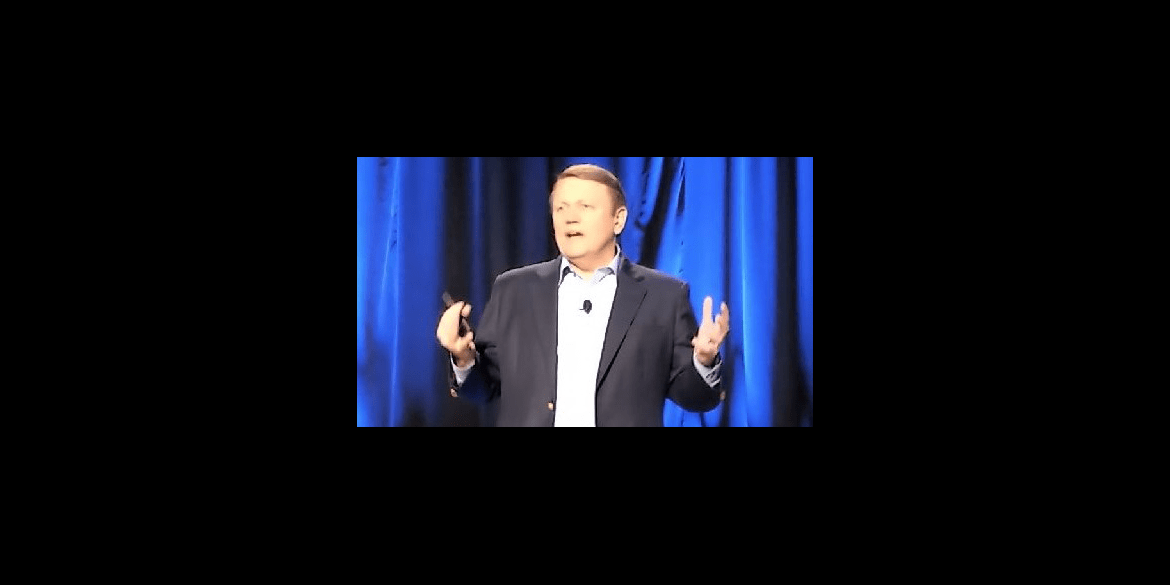 Sometimes our industry events are too long, and sometimes they’re too short. This is high season for conferences, and with so much travel right now, shorter is always better. Sort of. Yes, our time is valuable, but with such a broad portfolio, one day isn’t enough to do Mitel justice. Our time was well-spent, but with both analysts and consultants in attendance, there were just too many perspectives to accommodate. As such, I’ve got two high-level takeaways to share with our BCStrategies readers.

This was how CEO Rich McBee set the tone in his opening remarks, and I think it’s the right tone. The messaging is strategic, with the focus being on what’s important to end customers – helping them migrate to the cloud. As per Rich’s comments, Mitel’s entire business is built around the inevitability of cloud for everything, including communications and collaboration. This reduces their value proposition around a simple choice – which type of cloud will be best for your business?

If you are onside with the cloud-will-rule scenario, it’s easy to see why Rich says he “feels confident about our strategy.” During a later presentation, EVP Bob Agnes used an effective analogy of ordering from the menu of their local dining spot, Bob’s Steak and Chop House. Just as all businesses – well, lots anyway – are going to the cloud, all of the Mitel leaders are going to Bob’s. Everyone is there for the same reason, but each diner orders what they want – could be steak, could be ribs, could be chops.

I get it – the restaurant can provide whatever is on the menu, so in effect, enterprises are coming to Mitel’s Steak and Chop House. Whatever cloud model you want – public, private, hybrid – Mitel can serve it up. Fair enough, but most vendors are touting the same one-stop-shop theme. Some references were made during the summit as to what makes Mitel’s capabilities so distinct across these options, but time didn’t allow for a deep dive on this. To be fair, I’m not the right guy to evaluate that, but with so many consultants in attendance, there was a captive audience who could, had there been enough time.

We did, however, get some clarity on CloudLink, and their focus on a microservices architecture. The basic idea here is that from building one platform, you can spin up many services and applications easily and quickly, such as chat, SMS, authentication, billing, video, etc.

Again, other vendors are on this path as well, but a later presentation on their evolution to a serverless architecture model – using containers instead of virtual machines – appears to put them on the leading edge of next gen cloud platforms. I defer to the consultants to validate that view, but given how early Mitel was in partnering with VMware, their cloud pedigree is pretty solid for a company rooted in legacy telephony.

With MiCloud Connect being their “flagship” offering for UCaaS, there’s little doubt about Mitel being all-in with cloud, and in contrast, there was barely or no mention of the premises-based phone systems that have taken this company so far for so long. Fair enough, but one of their own slides shows that 68% of the global business telephony market is still premises-based. Sure, that number is trending down in favor of cloud, but Rich’s strategy really is a long game. It’s early days still for enterprises to make this move, and from there, the vendors must consistently deliver as promised to ensure they don’t revert back to on-prem.

For perspective, VoIP has been with us since 1995, and it has not been the giant-killer the telcos feared. AT&T is as strong as ever, and VoIP has a long way to go to totally displace TDM. Technology may be evolving faster than ever, but diffusion and adoption occur slowly, and you don’t need me to tell you that cloud is far from being the de facto standard for enterprises. Transformation to the cloud will take time, and I’m sure this reality was a factor for going private with Searchlight last year, relieving Mitel from the tyranny of hitting quarterly targets to appease Wall Street. Good plan. 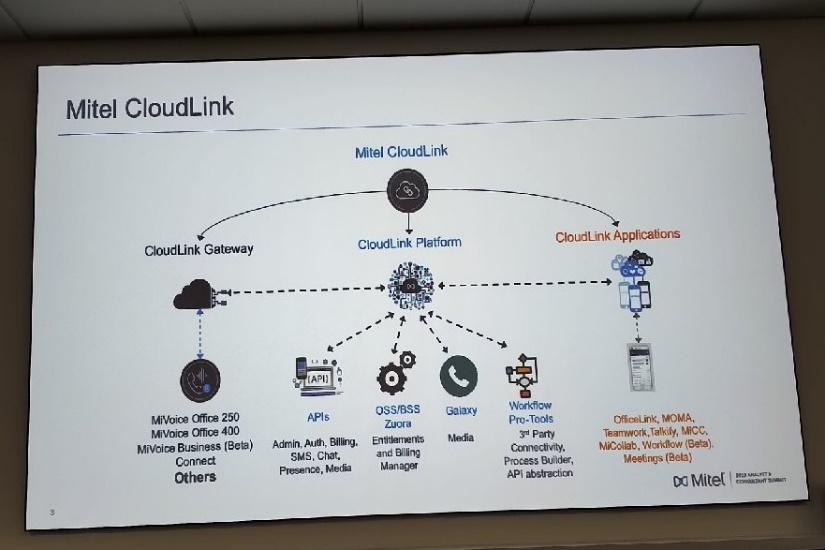 Where does Mitel go from here?

Going back in time, Mitel has outlasted the two biggest vendors who served the U.S. telephony market when the PBX ruled – Nortel and Lucent. That’s saying a lot, and for better or worse, Mitel is still strongly associated with being a telephony vendor. Of course, their acquisition history leads one to conclude that they’ve never met a phone vendor they didn’t like; starting with Aastra, then Inter-Tel, then ShoreTel (well, they didn’t exactly get along), and most recently, Toshiba.

Rich McBee has embraced the role of being a consolidator – which investors love – and there’s no denying he’s done a great job of that in the telephony space. Long-term, it’s debateable whether there’s still enough growth there to make this a winning bet, but to this point, it’s been a great calling card (no pun intended).

In the here and now, however, it’s fair to ask if there’s really any further consolidation to be done in this space. The playing field is smaller, and even though telephony vendors are still reporting strong shipment numbers, most of the remaining vendors are either too big to acquire (Cisco, NEC, arguably Avaya, probably Yealink), or too small to be additive (Grandstream, Snom).

It’s been over two years since Mitel acquired Toshiba’s phone business, and we haven’t seen any other consolidation moves since. Rich McBee talked about how Mitel has two paths for growth as an industry player – consolidation and technology acquisition – and while this is a pretty generic strategy, all the recent moves have been of the latter variety.

Prime examples would be Amazon for public cloud, Google for conversational AI, and Talkdesk for smaller scale contact center. Of course, these aren’t acquisitions in the literal sense; they’re more like acquisitions via partnerships. These don’t bring any exclusivity, so it’s hard to differentiate this way, but they are definitely taking the best-of-breed approach here to make their extensive cloud portfolio more complete.

If you still think there’s another big consolidation move out there for Mitel, they were very quiet about the elephant in the room, Avaya. Mitel has been widely-viewed as a potential takeout suitor, but there’s no smoke here, and I don’t think there’s any fire either. Avaya’s future is another topic of discussion, and for this post, I’ll stick to my position – I don’t see a play here.

I’m sure they will continue pursuing partnerships for technology “acquisition,” and given how fast things are moving these days – and this is in stark contrast to the fossilized world of telephony where Mitel has been a great consolidator – it’s probably a smarter strategy. Telephony is not the home of innovation these days – the fertile ground is cloud, mobility, AI and APIs – and that reflects the partnerships cited above. Making big bets to acquire companies outright in these spaces is risky, and so long as Mitel can maintain their trusted partner status with channels and end customers, they can do very well with a best-of-breed partner approach here.

By
Blair Pleasant
-
10/08/2019 - 09:39
Mitel provided an update on its products and strategy at its annual analyst and consultant summit in Dallas