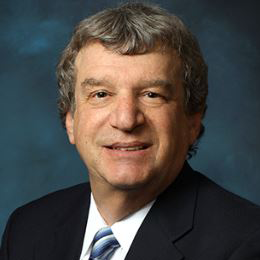 Peter A. Bernstein is a seasoned and internationally recognized business strategy and marketing communications consultant, multiple media and multi-faceted content producer, and frequently cited subject matter expert with deep experience in the communications and IT industries. Now an independent consultant and content creator/advisor, he recently was Senior Editor and a featured writer for a top global technology website where he received hundreds of thousands of page views per month on such topics as Cloud computing, Enterprise communications, next generation wireless equipment and networks, cyber security, customer experience, the Internet of Things (IoT), and network transformation technologies such as SDN and NFV. Peter has been a consultant to C-level executives on all aspects of marketing communications strategy and tactics – from concept to cash, crisis management, brand stewardship, and helping establish metrics, manage processes and leadership practices.

Previously, as a top-level industry analyst, Peter keynoted major technology events around the world, and has been cited numerous times by The New York Times, The Wall Street Journal, The Los Angeles Times, USA Today, The Washington Post, Business Week, Forbes Magazine, NetworkWorld, among other publications. He authored or co-authored dozens of market research studies, CEO speeches, white papers, articles, blogs, and other content for major companies in the technology markets as well startups. Peter was the first featured outside columnist for Telephony Magazine where his monthly column appeared for 10 years. In addition, he was Editor-in-Chief of 11 industry newsletters, and Editor-in-Chief of the innovative and highly regarded Wireless for the Corporate User Magazine at the dawn of the mobile communications industry.

Experiences include work with major companies such as AT&T, Alcatel-Lucent, Avaya, BT, Equant, France Telecom, Gemalto, HP, Hutchinson Communications, Nokia, Nortel, Oracle, Panasonic, SAP, Siemens, Verizon, Wave Systems, and many more. In addition, he has served on the advisory boards of 15 technology startups.  Peter has moderated or been featured on over 100 webinars, has extensive video experience as interviewer and interviewee, was a telecom industry lobbyist, and held executive positions in global marketing and communications at Telcordia.

By
Peter Bernstein
-
05/14/2020 - 12:10
Where is the Bluetooth-enabled HCAS wristband – think a Fitbit form factor with technology from golf range finders and those auto collision avoidance systems – which...

The Edge of Glory? Why Service Providers Don’t Have to be “Dumb Pipes”

By
Peter Bernstein
-
05/08/2019 - 14:52
Last week, the Ribbon Communications Perspectives 19 event was the occasion. I came away from the conference quizzical.

By
Peter Bernstein
-
01/28/2019 - 15:40
It is time to take a deep breath and put a little context around all of the hyper enthusiasm. We are clearly getting “over our skis.” This is problematic at best.

In this Industry Buzz podcast, the BCStrategies Experts offer thoughts on what to expect in 2019. Jim Burton moderates the conversation with experts Peter Bernstein, Phil Edholm, Dave Stein,...

BCStrategies Experts Look Back on 2018

Facebook and Friends Can Be Had! Time to DeFAANG — What, Why and How

By
Peter Bernstein
-
12/19/2018 - 12:57
Spoiler alert. While Facebook, Amazon, Apple, Netflix and Google represent different sectors they have one commonality: The enormous profits they are generating are...

In this BCStrategies podcast, the BCStrategies Experts delve into the challenges associated with transforming corporate cultures -- roles, responsibilities and accountabilities -- to ones that...

By
Peter Bernstein
-
08/31/2018 - 13:56
We live in an age where because of their preponderance, ubiquity and accessibility words not only really matter, they matter more than ever both good and bad. In fact,...

BCStrategies on the Gartner Magic Quadrant for Unified Communications

In this Industry Buzz podcast, the BCStrategies Experts discuss Google in the enterprise. Topics include the recent Google Cloud Next '18 conference and announcements coming out of it,...

What to Look for in a UC&C Vendor

In this Industry Buzz podcast, the BCStrategies Experts discuss how companies choose the right vendor or partner to work with for unified communications and collaboration solutions. Blair Pleasant...