Robotic Automation: What It Is and Why You Should Care 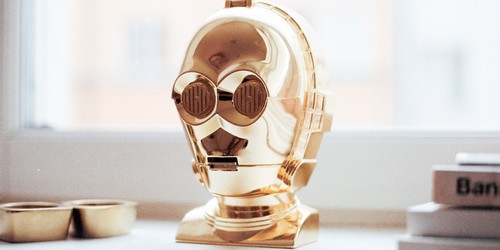 Robotic Automation is not new and has been maturing a lot in the last five years. I thought its adoption by customer service organizations would have taken off by now. Yet, Robotic Automation remains poorly known. So I want to provide an overview of this technology and discuss why it should be considered for enabling agents or digitizing processes.

Robotic Automation was introduced in the early 2000s. It uses software robots to mimic humans performing repetitive tasks with business applications. These robots emulate a person interacting with an application using screen scraping, scripting, and macros. Technologies used by Robotic Automation have been modernized over the last decade. Today’s software interacts directly with operating systems, uses web scraping, rules, and orchestration engines. Vendors such as Kryon Systems use computer vision to analyze the screen. These evolutions have removed dependencies on screen scraping and made the technology much more robust. It can now automate many more use cases.

A no-IT style of automation?

Several attributes make Robotic Automation unique and intriguing. First, it is a “no-code” solution. It automates tasks without modifying existing applications or developing integrations. It is a very compelling solution to deal with legacy applications that few organizations want to touch. Francine Haliva, Vice President of Marketing for Kryon Systems stresses that Robotic Automation solutions are designed for business users and minimize what is required from IT. They can be applied incrementally to tasks, finding candidates by observing what people do. It is also possible to combine Robotic Automation with human work. It is a radical departure from traditional, IT-intensive, approaches using API-based integrations or Business Process Management (BPM) platforms. The maturing of the technology was acknowledged by IEEE approving a set of standards for it.

Robotic Automation exists in two flavors. Robotic Process Automation (RPA) works with no (or little) human intervention. Robotic Desktop Automation (RDA) automates tasks on the desktop of a person who is also using it. These two variants can also be called unattended and attended robotic automation. RPA is used for back-office processes or to fulfill customer service requests. RDA helps customer service representatives, eliminating boring tasks and allowing them to focus on important things. It can also help them handle multiple applications simultaneously.

Overall, Robotic Automation has taken off. It will hit the $500M mark this year according to Horses for Sources, one of the leading analyst firms on the topic. Gartner indicated recently that it had become the fourth most inquired topic. Luc Cavelier, Executive Vice President of Business Development for Contextor, notes that most of the growth took place in back offices and with Business Process Outsourcers (BPOs). It has indeed been the focus of most vendors. Francis Carden, who heads the Robotics and Transformation division at Pegasystems explains that many Robotic Automation solutions assume full control of the desktop and don't work well in conjunction with someone. He founded OpenSpan, a pioneer of Robotic Automation for contact centers acquired by Pegasystems. Oded Karev, who leads NICE Advanced Process Automation business line echoes the concern. Not all Robotic Automation solutions were created equal and are able to operate in customer-facing departments.

First, the imperative to better enable agents. In the past years, customer service departments have invested in self-service. They now need to shift their attention to help customer service representatives who are left handling the more complex interactions or those that could not be completed using self-service. Robotic Automation executes mundane tasks such as wrap-up or data entry in multiple applications and increases the productivity of agents. It allowed Everything Everywhere, UK’s largest mobile network provider, to repatriate its customer service operations from offshore by automating 32 processes. Automating repetitive tasks "takes the robot out of the human," says Professor Leslie Willcocks of the London School of Economics. It bolsters employee satisfaction with a direct impact on the experience they provide to customers.

The second trend is to improve the customer experience. It entails streamlining and digitizing customer-facing processes. These are long and difficult undertakings for most businesses. Robotic Automation provides a way to start with simple, "bite-size," projects. It can provide results in a matter of weeks with minimal IT efforts. This has become the strategy for Pegasystems, mostly a digital process automation platform provider. Several of its customers have been sharing their phased approach to digital transformation.

In the second part of this article, I will continue my exploration of the Robotic Automation market and discuss the possibilities it creates for customer-facing organizations.