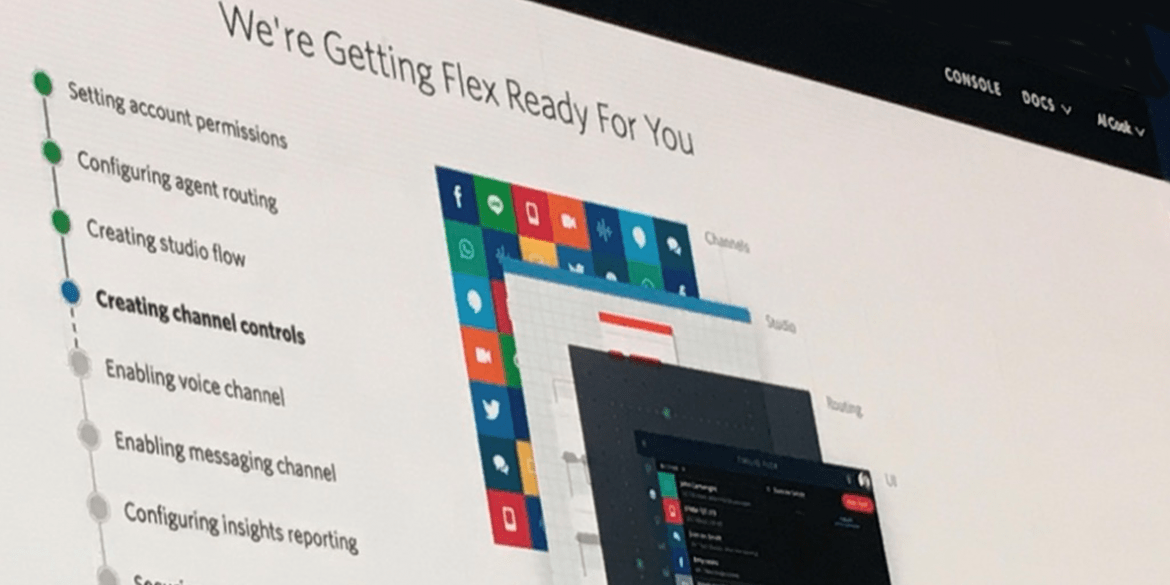 Twilio Signals That Flex is Ready

Twilio’s Signal Conference in San Francisco was very enlightening in many ways – with the exception of one key subject that I’ll discuss shortly. Aimed at Twilio’s customers and developers, the event was a mix of announcements, demos, customer testimonials, and guest speakers. Day 1’s keynotes covered several new announcements, followed by a series of breakout sessions, while Day 2 featured interesting guests, including Tony Hawk, OK Go, and the creators of Westworld.

Jeff Lawson, Twilio Co-Founder and CEO, kicked off the event and asked the audience “Who’s going to bring about the future?” While in the past it was companies like AT&T, today it’s all about developers, as Lawson expects “the millions of developers who see the world as it could be will bring about the future.” Lawson explained how APIs democratize the ability to build the future, and Twilio removes friction from using APIs, noting, “We get out of the way and let you build. APIs enable millions of people to change the world. It’s not one company’s job to change the world – it’s all of our jobs together who see the world as it could be so pick up our tools and start building.”

Lawson discussed Twilio’s Application Platform, which delivers the ease of software applications and the complete flexibility of APIs. He noted that the application platform heralds a new era of software and just as SaaS changed the way people bought software, Application Platforms can transform the software industry again, providing the speed of an app with the flexibility of an API. Lawson announced that Twilio built Flex, its first application platform earlier this year, and that Flex will change the contact center world forever. A pretty bold statement, but I have a feeling he’s right. Flex is the first fully programmable contact center platform and is a fundamental transition in how Twilio builds software and how customers can deliver software.

While there were lots of announcements, it was clear to me that Twilio Flex was the star of the show. Flex is fully assembled out of the box, while allowing unlimited customization using Flex PlugIns to change and customize routing, channels, integrations, and so on. It was nice to see the pride and excitement of Twilio Flex VP of Product Management and Engineering, and General Manager Al Cook as he announced the general availability of Flex, which he and his team have been working on for a long time.

In this video interview, Cook discusses Flex and its flexibility (hence the name), as well the roadmap and how Flex differs from other solutions available today.

One of the most impressive things about Flex is how easy it is to set up. In this video, Devang Sachdev, Director of Solutions Marketing, demonstrates how to deploy Flex – it literally takes less than a minute to set up.

Several Flex customers were highlighted at the event, including Lyft and Shopify. Chris Wilson of Shopify touted the ability to tailor and customize Flex, noting, “We get something out of the box that can be set up quickly, but we can customize it as we want."

He explained, “We can wrap Flex around Shopify instead of wrapping Shopify around Flex.” Shopify was able to rapidly build their contact center and completely migrate their thousands of agents to Flex very quickly. Using only a team of three developers and two interns (none of whom had ever built anything for contact centers before), they went from prototype to launch in a few short months.

During the conference I spoke with another Flex customer who migrated their contact center from a CCaaS provider to Flex and was extremely happy with the results. He reiterated what we had been hearing throughout the event – Flex is extremely flexible and provides the ability to tailor the contact center to do things such as more specific skills-based routing.

I’m impressed with Flex as a product, but even more impressed with Twilio as a company, as it’s helping nonprofits around the country, noting that Flex provides a platform for groups of people who want to accomplish something together and contribute to their shared goal. As Erin Reilly, VP of Social Impact, explained, “We believe contact centers can empower nonprofit organizations to mobilize volunteers to do things we've never imagined. We're excited to announce Twilio Flex for Good and are donating discounts and credits worth $10 Million to help nonprofits get up and running on Flex.”

Twilio made other product announcements related to Flex, including:

Day 2 of Signal was lots of fun, with an interactive performance by musicians and developers OK Go. I’ve been a fan of OK Go for several years, as they create the most innovative and fun music videos – and I like their music. For Signal, they created an app using Twilio APIs that let the attendees be part of the music experience. 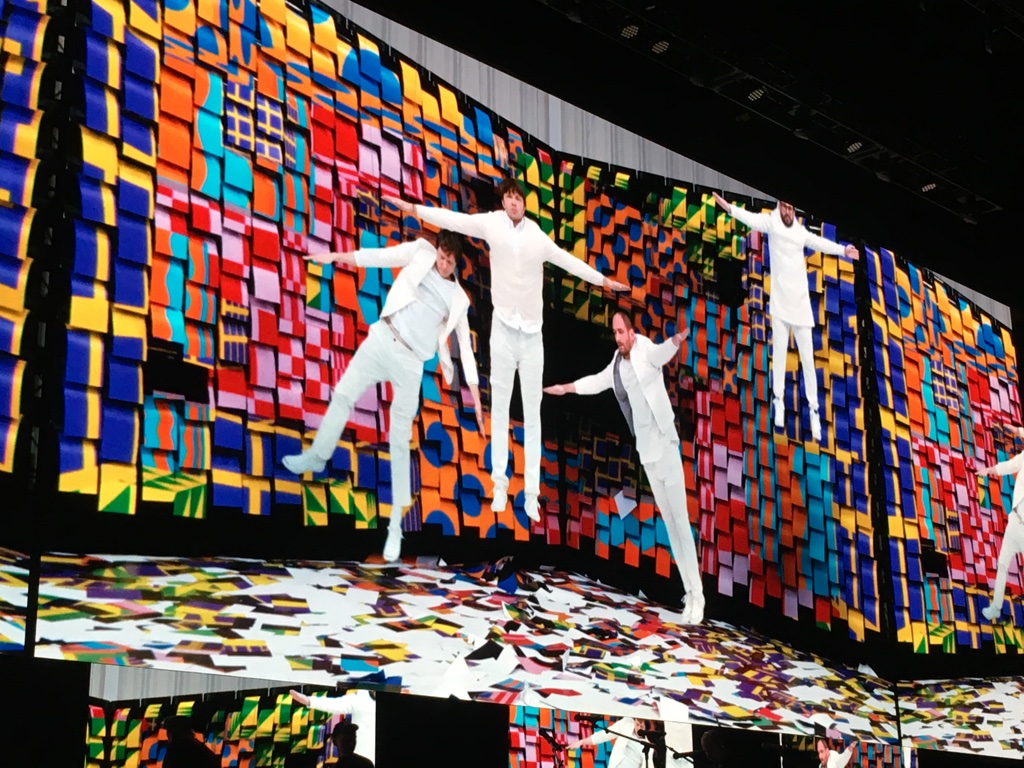 Twilio clearly has a devoted fan base of developers, and its customers have developed innovative and interesting applications in a range of industries. We often talk about “disrupters,” and Twilio is an extremely disruptive company that is changing the way business is done. Twilio Flex will be a huge disrupter in the contact center world, and existing vendors have a new competitor to contend with. I was pleasantly surprised at how much attention Flex received, and how many breakout sessions focused on Flex and customer engagement. Certainly, Flex isn’t for everyone, and some capabilities aren’t quite there yet. Not every company needs a programmable solution providing a simpler way to integrate and customize their contact center technologies, and not every company has the developers that are required (that’s where system integration partners like Perficient will come into play). For companies like Lyft, U-Haul, Shopify, and a host of others, Twilio provides an attractive alternative, providing the flexibility they require.

Oh, if you’re still wondering about the one topic that didn’t meet my hopes for enlightenment – it was related to the season finale of HBO’s Westworld. On Day 2 we heard from the creators of Westworld, Lisa Joy and Jonathan Nolan, who discussed AI, ethics related to technology, and other interesting topics. The best line of the entire event was when Nolan stated “We were worried about artificial intelligence but we should be worried about artificial stupidity.” Lawson turned the conversation to Westworld, asking Joy and Nolan, “Can we talk about Season 2 – What was that?” My thoughts exactly! However, I still don’t understand the season finale, and I’m at a loss as to what happened. I guess I’ll have to wait till season three, which unfortunately won’t air until 2020.

And kudos to Lawson for being a great host (pun intended, Westworld fans!) 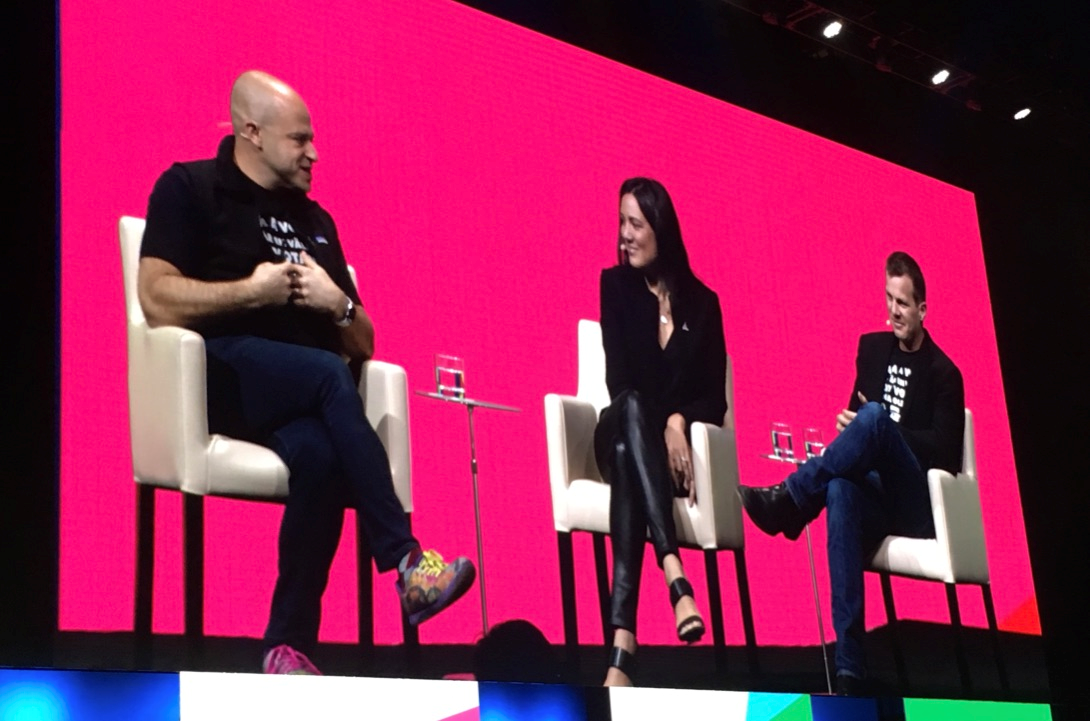 By
Nicolas De Kouchkovsky
-
10/30/2018 - 14:43
Twilio held its Signal conference in San Francisco. The event gathered 3,000 developers and customers and was packed with product announcements. It came shortly after...

A NICE Time in Wyoming