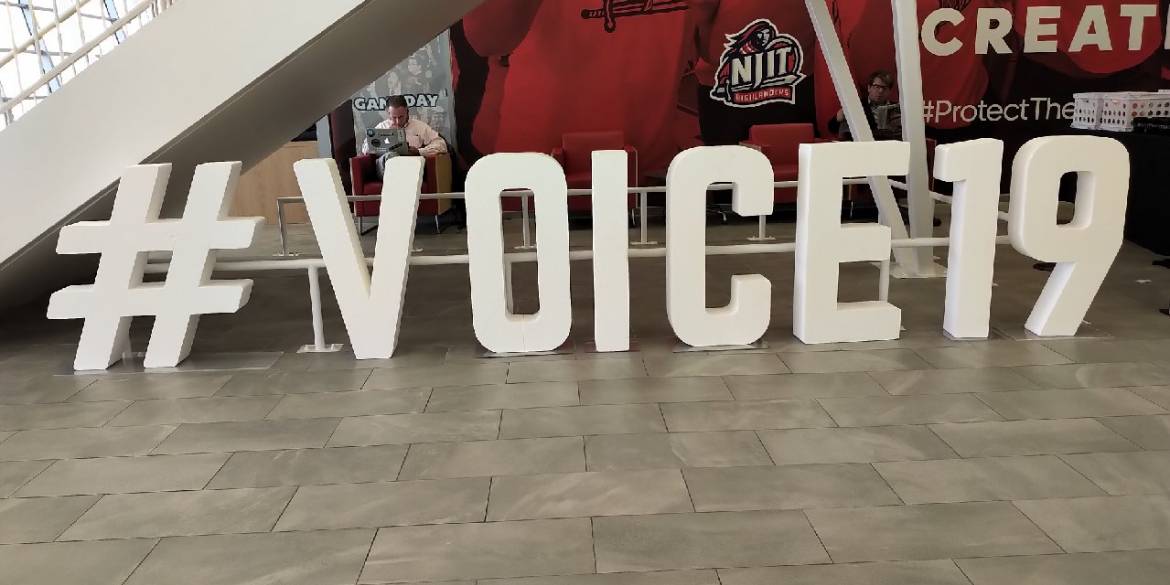 Here’s my main message from last week’s conference in Newark – the future of voice has nothing to do with telephony.

In fact, the future of voice has nothing to do with telephony, and it doesn’t have much to do with PCs or mobile phones either.

These are the cornerstones of the business communications world we know so well, so how can this be? What’s left?

In short, the answer is ambient interfaces, but for now, this is mostly about Amazon Echo and Google Assistant. PCs and mobile phones will continue being used for voice of course, but down the line, they won’t be needed as much, so the big idea is to imagine a world where you’re not tied to these devices to communicate.

Clearly, the enterprise space is different from the consumer world – which was the main focus for this event, but that doesn’t mean what was on tap won’t find its way into the workplace. I have no doubt that it will, if only because the consumer experience has been shaping enterprise technology trends for years, and AI-driven voice will simply be the next example. Alexa for Business has already validated that, and this really is just the beginning.

I’ve been talking about the evolution to ambient interfaces for two years now, and this event provided a richer context for the kinds of applications we’re going to be seeing. For a quick visual summary of the event, here’s my blog post with photos and brief commentary.

Alexa was everywhere at the summit, and not far behind was Google and Microsoft, and I am not sure if that’s a good thing or not. All new spaces need support and validation from the majors, but the cynic in me says when these players are so dominant at such an early stage, the game is over before it even starts. If others can’t get in, it will soon be their world for us to inhabit.

To extend that theme, it may seem strange to be at a voice event and never hear the other usual suspects we know so well, like Cisco, Avaya, Mitel, NEC, or even IBM for Watson, or Genesys for customer engagement. They’re all heavily-invested in AI, and doing cool things with collaboration applications, but they were invisible, and their absence didn’t seem missed.

That sure is a sign of how things are changing, and with all the innovation happening here, collaboration players really should keep at least one eye on this space. Kudos to Twilio on that front, and I was glad to see them exhibiting there. Given how developer-centric Voice Summit was, this was probably fertile ground for recruiting developer talent, but that aside, I’m pretty sure Twilio sees lots of CPaaS opportunity in this ecosystem.

Another noteworthy player there was Samsung, and serves as another indication of what the new order may look like when voice and AI truly becomes a thing – better known as conversational AI. Earlier, I said this world of what I’ve been calling “New Voice” is “mostly” about Amazon and Google. Amazon may dominate the smart speaker market, and while it’s growing quickly, Echo’s footprint is under 100 million. Samsung’s footprint with Bixby is 10 times larger, claiming 1 billion endpoints. This doesn’t quite merit the “you call that a knife?” rock fight taunt, but even with 1 million pre-orders out there for Alexa Auto, Amazon has a long way to go.

Of course, this isn’t quite an apples-to-apples comparison. And yes, I had to say that as a nod to Adam Cheyer, Bixby’s VP of R&D – who is also the co-founder of Siri, so he knows something about creating voice assistants. Sounds like Samsung has a plan here, and his talk at the event was an eye-opener for me. 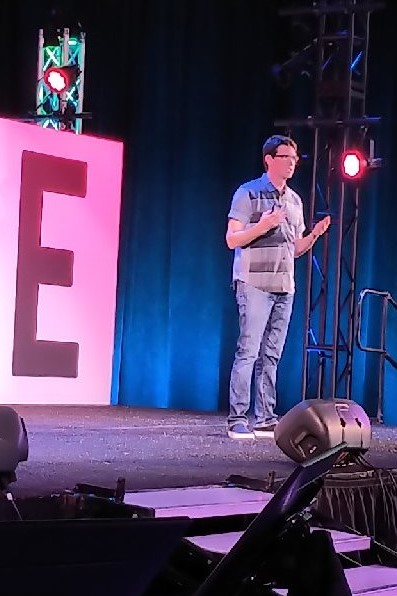 While Alexa is mostly about smart speakers and the in-car experience, much of Bixby’s footprint will be on Galaxy devices. This gives rise to another awkward frenemy scenario, since the Galaxy’s Android OS will want you using Google Assistant. Apparently, Bixby Voice is the default on Galaxy devices, and you need a third-party app to enable Google Assistant, so it’s easy to see how this can get messy. The main point here is that it remains to be seen if mobile users will actively support two voice assistants – my gut says they won’t, in which case, Bixby may not get the traction they were hoping for.

That aside, Samsung has a really interesting play in the consumer world, since that 1 billion includes home appliances, but this isn’t just about talking to your fridge. Along with conversational AI, there’s Bixby Vision and Bixby Home, and that adds up to a strong smart home value proposition. Open your fridge, point your Galaxy at the dairy section, Vision scans what’s there and places an order online to top-up eggs as you build your shopping list. Jane Jetson would be thrilled.

I’m sure you’re rolling your eyes wondering what does this have to do with collaboration? Samsung never comes up in UC circles, but consider how good they’re getting at using conversational AI to create great connected experiences in P2M and M2P settings. As part of their smart home play, they have Galaxy Home, a smart speaker. Now think about all those Samsung PCs in your office, or Samsung flat screens in your meeting rooms.

We’re not there yet, but really, they’re not missing much, and maybe with a few collaboration-based partnerships, there’s no reason they couldn’t make a play in this space. Nobody would have thought of Amazon doing this a few years ago, and they seem to be doing just fine with Alexa for Business, not to mention Connect.

What Really Matters is Innovation

Samsung is just one slice of what I took in at Voice Summit 2019, and I could easily write up five more takeaway posts. For BCStrategies readers, my main focus is to show how innovation is thriving with AI-driven voice, and a lot of it is happening outside the circles we’re familiar with. Telephony isn’t going to disappear, but as digital natives ascend, the stage is being set for conversational AI and ambient interfaces.

If you’re not paying at least a little bit of attention to what’s unfolding here, you’re going to miss opportunities. Much of the buzz at Voice Summit 2019 may be around entertainment applications, but there was also plenty going on around branding, customer engagement, managing your business and authenticating voice to mitigate deep fakes. This world and your world may not be as far apart as you think, and my job is to help you see that. I’ll continue my involvement with the Voice Summit 2019 community, and will continue covering it in my work.